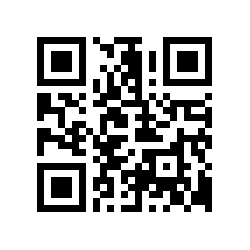 Read our launch announcement
Motribe, a platform enabling users, brands, agencies and publishers across the world to build and manage their own mobile social networks, has successfully raised an initial round of venture capital financing from 4DI Capital. 4DI Capital is an early-stage capital investment company based in Jersey.

The founders of Motribe, Vincent Maher and Nicholas Haralambous announced this week that they have relocated from Johannesburg to Cape Town to launch Motribe as part of what they call the “digital migration towards the Silicon Cape”.

The rapid growth of mobile Internet in Africa and the desire from users to create and maintain networks on their phones has led to the creation of a very specific, niche and innovative product emerging out of South Africa.

“Mobile tribes form an integral concept in the business model of Motribe. Users who share in a common interest are able to create and join mobile social networks while maintaining independence and privacy within the Motribe network”, says Haralambous.

With very little knowledge or Internet experience everyone from the man on the street all the way through to the most sophisticated advertising agency will be able to build, manage and generate income from their very own mobile social networks.

“The mobile web market is on the verge of cracking wide open. Users are looking for ways to connect, on their mobile phones, with others who share similar interests. People want to take their social networks with them wherever they go and stay engaged all the time”, says Maher.

Motribe has various payment models structured to appeal to every possible community owner and level of engagement.

Based in Jersey, the company is focused on sourcing and funding promising technology, software, web, media and telecommunications prospects from the seed funding stage onwards, primarily in Southern Africa. 4Di Capital specifically seeks opportunities that have the potential to attain long-term sustainable profitability and be successful on a global stage.

4Di Capital aims to couple entrepreneurial thinking with established international venture capital methods in the under-serviced markets in Southern Africa. This region has talent and potential, but lacks sufficient venture funding partners who are equipped with suitable capital, access to global networks and resources, and who follow a strategic mentoring and partnership approach.
To this end, the company has appointed exclusive advisors in South Africa, with offices in Cape Town and Johannesburg, to enable engagement with investment opportunities locally.

4Di Capital is also a founding member and sponsor of the non-profit Silicon Cape Initiative in South Africa. The vision of this initiative is to help accelerate the emergence of the promising ecosystem of high-tech innovation in the Western Cape of South Africa, attracting and fostering entrepreneurs and venture investment.

Until recently Vincent Maher and Nic Haralambous were the team behind Vodacom’s The Grid and the massively multiplayer mobile game Legends of Echo, which was widely recognised as one of the most innovative products to emerge from the growing mobile applications industry in South Africa.

Maher has a long history of innovation in the web and mobile industries in South Africa. Prior to taking control of The Grid at Vodacom SA, he was one of the founders of products such as Thoughtleader, Techleader and Amatomu as well as redesigning the Mail & Guardian’s website. While Haralambous has worked for organisation such as The Sunday Times, Financial Mail, Mail & Guardian, Zoopy and Vodacom SA before founding Motribe with Maher.